As if by magic a tapestry of brilliant colours unfold enticingly along the winding roads of the Namaqua National Park. Butterflies, birds and long-tongued flies dart around among the flowers, seemingly overwhelmed by the abundance and diversity. Every turn in the road paints an unforgettable picture: valleys filled with Namaqualand daisies and other spring flowers that pulse with sheer energy and joy. Next to some eye-catching succulents, a porcupine and a tall aloe pay witness to a baboon overturning a rock and pouncing on a scorpion. During early August and September, seemingly overnight, the dusty valleys of Namaqualand are transformed into a wonderland, carpeted with wildflowers. With its winter rainfall, Namaqualand is home to the richest bulb flora of any arid region in the world and more than a 1 000 of its estimated 3 500 plant species are found nowhere else on earth.

Escape to the land of contrasts, where the rigorous climate has created a myriad of life forms superbly adapted to their specific habitat. Fields of flowers, star studded nights, quiver trees, enormous granite outcrops and the icy Atlantic are but a few wonders that await the visitor to what is truly the Creators’ playground.

Did you know that…

Namaqua National Park is situated in the world’s only arid biodiversity hotspot?
It is home to the world’s smallest tortoise, the Namaqua Speckled Padloper?
It conserves the world’s richest succulent flora?
It is world renowned for its spectacular spring flower displays? 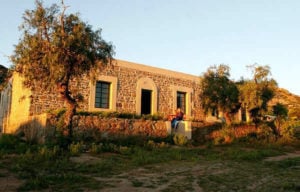